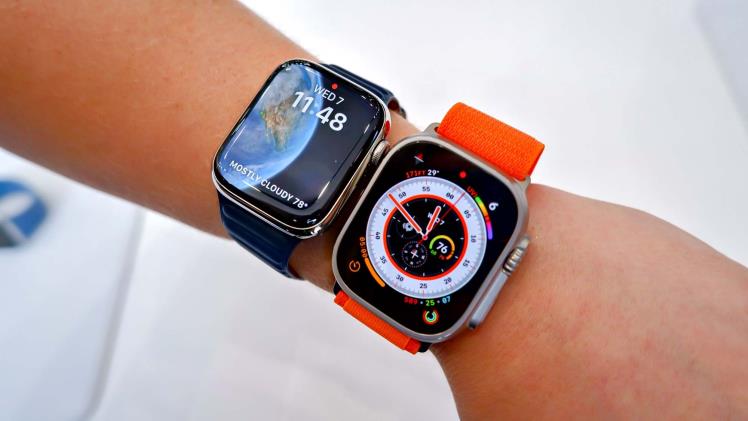 The trend of smartwatches has picked up a lot of popularity. They are extremely useful considering how they can connect with your phone, allowing you to use all the interesting features on the watch as long as you are subscribed to a decent deal like Spectrum mobile phone plans. Choosing between the Apple Watch Series 8 and Apple Watch SE requires careful thought. While the price is a consideration when choosing between these two smartwatches, it’s not the only element worth noticing.

Both smartwatches are powered by the most recent S8 processor. Despite the price difference, both devices are regarded as among the best smartwatches of the year. Knowing how they vary in appearance, functionality, and runtime is essential. So, here is a rundown of the differences between both devices.

Most consumers will choose between the Apple Watch 8 and the Apple Watch SE based on price. The Series 8 watches are available in 41mm for $399 and 45mm for $429. Both the smaller and larger models cost an extra $100 for cellular compatibility, with the larger size also fetching a premium for its Stainless Steel case. Please note that these prices are subject to change.

As of 2022, the base price of an Apple Watch SE is $249, which is $30 less than the first Apple Watch SE. It’s available in two sizes which are 40mm and 44mm. They add only $50 for Cellular connectivity. Again, keep in mind that these prices can be changed.

The Apple Watch SE is an attractive choice for Family Setup since it allows you to set up a functional smartwatch for a family member without an iPhone. The Cellular option is more affordable.

Both smartwatches are supported by watchOS 9. However, the Series 8 Apple Watch has some features that the Apple Watch SE, the 2022 version, lacks.

If fitness tracking is more your thing, both watches work with Apple Fitness Plus. Now that Apple Fitness Plus is accessible on iPhone, iPad, and Apple TV, even individuals who don’t own an Apple Watch can participate in classes and earn achievements toward closing their Apple Watch rings. The Apple Watch also allows you to listen to workout audio.

Regarding security options, the Apple Watch Series 8 and Apple Watch SE (2022) are neck and neck. Both watches feature enhanced motion sensors that allow for Crash Detection in addition to Emergency SOS and Fall Detection.

Because the Apple Watch SE already lacks the always-on display, Apple didn’t test its battery life with low power mode, but it should last longer with the new energy-saving option. Fast charging is supported by both watches.

If you’re a first-time Apple Watch buyer and don’t require the complete set of health sensors, you should go for Apple Watch SE (2022). It’s an excellent choice for those just getting started with fitness monitoring, messaging, and setting up a family account. The Apple Watch Series 8 may be worth it if you’re replacing an older model. Because of its updated appearance and Always-On Display, the Series 8 is a practical smartwatch for you.

At the moment, no Apple Watch supports 5G. But in the future, there may be models with 5G support. Data generous mobile offers like Spectrum One will benefit the customers more with a faster connection. Meanwhile, you can enjoy the 4G support on the Apple Watches.

Causes of a Clogged Drain