Why Is Bayer Facing Renewed Legal Push to Ban Roundup 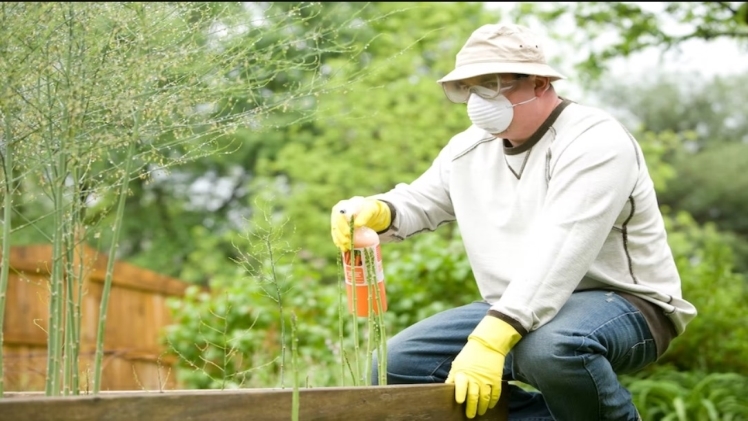 The German business Bayer, which owns Monsanto, is currently dealing with fresh legal issues relating to its weed-killing chemical Roundup. Around 140,000 claimants claim they should have received warnings about the danger of developing non-Hodgkin lymphoma (NHL) after being exposed to Roundup.

In the upcoming months, a number of trials are scheduled around the US, with the first one scheduled to begin in November in San Francisco County Superior Court. In three prior Roundup cases, Bayer was found guilty and was forced to pay more than $16 billion in settlements and other expenses.

According to the manufacturer, there is no proof that glyphosate or Roundup causes cancer and that it is safe to use.

The most frequently utilized weed-killing substance in the world is Roundup, which contains the chemical glyphosate.

The International Agency for Research on Cancer (IARC) classified glyphosate as a possible human carcinogen in 2015 after identifying substantial evidence of genotoxicity and a statistically significant link between glyphosate exposure and non-Hodgkin lymphoma.

The upcoming cases represent a fresh effort by plaintiffs’ attorneys to either drive Roundup off the market or guarantee that a cancer warning is put on the weedkiller’s label, despite Bayer’s assurances that Roundup is safe and that there is no proof that glyphosate or Roundup causes cancer.

The plaintiffs are attempting to demonstrate that the business should have issued a warning regarding the Roundup-related cancer risk. The corporation might face a heavy financial burden and a further decline in investor confidence, however, if it loses these trials. Additionally, it may lead to glyphosate, the active component in Roundup, being outlawed in a number of nations.

The Impact of the Ban on Roundup

Nearly 100,000 Roundup cases have been settled by Monsanto as of December 2022. The company has made a payment of almost $11 billion so far. While there are presently between 26,000 and 30,000 active Roundup lawsuits, these settlements account for about 80% of all pending cases.

A prohibition on Roundup would also have an effect on farmers’ livelihoods who depend on the pesticide to safeguard their crops. Additionally, it would promote the usage of other weed-killing substances, which may potentially have detrimental effects on the environment and human health.

Bayer, the manufacturer of the herbicide Roundup, which contains the active ingredient glyphosate, has stated that there is no evidence that the product causes cancer and that it is safe to use. The company has cited scientific studies and regulatory approvals as evidence of the safety of Roundup.

Despite this, there have been a number of lawsuits filed against Bayer by individuals who have developed cancer and claim that their illness was caused by exposure to Roundup.

In an effort to resolve these legal disputes, Bayer has offered settlements to many of the claimants, but some have rejected these offers, stating that the compensation being offered is not sufficient to cover the costs and suffering associated with their cancer.

Werner Baumann, the CEO of Bayer, stated that the business was making excellent progress in settling the Roundup lawsuits on a call with investors on August 4, 2022.

In conclusion, Bayer, the German business that controls Monsanto, is currently dealing with increased legal pressure to outlaw its weed-killing pesticide Roundup. A total of 140,000 claimants have filed lawsuits, arguing that they ought to have been informed of the risk of getting non-Hodgkin lymphoma after being exposed to Roundup.

The claimants are attempting to prove that the corporation should have been notified about the cancer risk connected with Roundup. With the approaching trials in the United States, plaintiffs’ attorneys are mounting a new effort to either take Roundup off the market or guarantee that a cancer warning is put on the weedkiller’s label.

If Bayer loses these trials, it may be left with a large financial burden, further loss of investor faith, and the possibility that the principal component in Roundup, glyphosate, would be banned in many countries. Bayer claims that the product is harmless and that there is no proof that glyphosate or Roundup cause cancer.

How to Sell Designer Handbags For Cash